Short & Sweet no. 9
Part 1: what to do when arriving in the EU using the Temporary Admission procedure? 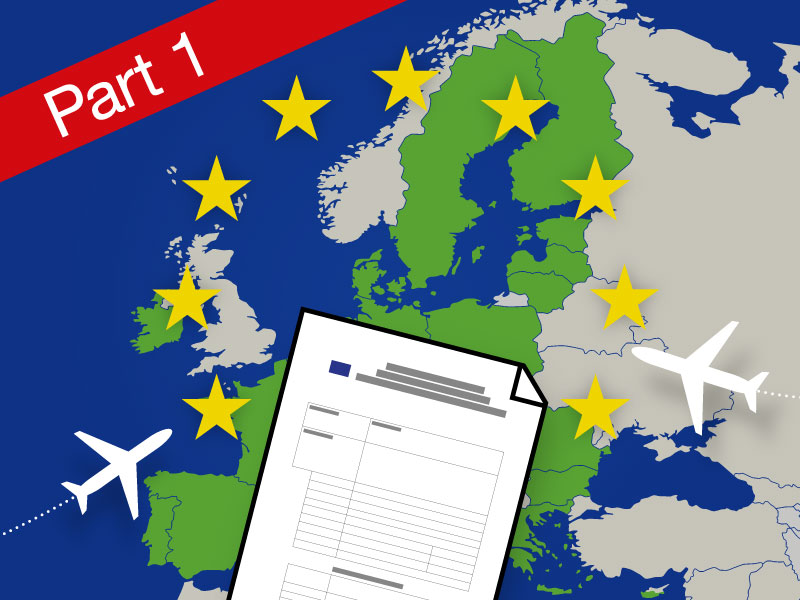 Introduction
Any aircraft flying into the EU will fly under customs control using either the Temporary Admission (TA) procedure or full importation. There are no other options. The TA procedure can only be used by outsiders where the aircraft is owned (including any UBOs), operated, registered, and based outside the EU, leaving insiders with only one option, namely full importation.

We, at OPMAS, are frequently asked a great deal of questions about TA-related issues. In this article, we will dive a bit deeper into the use of the Supporting Document (SD) when the SD is used to endorse the crossing of the outer EU border. Below, we will present the full explanation, confirmed by the EU Commission several times.

Will an operator need to file any customs paperwork when flying to the EU?
The answer is no. It is the EU Commission’s opinion that the bare act of crossing the outer EU border counts as a customs declaration, and the operator is not obliged to fill out any forms, including the SD, to activate a TA. This way of flying under TA is practiced 1000’s of times every day without any problems by non-EU entities, such as private, corporate, charter, commercial operators, and international airlines.

What is a Supporting Document?
The SD is a one-page pdf document with a duplicate page produced by the EU Commission. The SD should be seen as a voluntary tool to endorse an EU entry and subsequent exit. The operator must fill out the top part, leaving the bottom to be stamped or endorsed by an EU customs agency when the aircraft arrives and exits the EU.

IMPORTANT!
What is important when using the Temporary Admission?
An operator must always be ready to document these points when flying to the EU:

Hint
The first point is easy to fulfill yet still important. However, the second point is critical for the operator not to mess up. An operator must always comply with the TA procedure when flying to and within the EU. Please, ask for our advice to secure compliance on this matter. We offer a cost-free analysis of any aircraft structure to check compliance with the TA procedure, of course, without any commitment from your side.

The use of the SD (point 1) must never mistakenly be seen as a tool to endorse compliance with the TA procedure (as in point 2). That is not how it works.

What to do if an operator wants to use the Supporting Document when arriving within the EU?
Essentially, the crew can use the SD themselves when arriving at the first airport within the EU. We will be glad to prepare the SD with the specific aircraft data, so the crew can use the SD themselves and ask local customs at the arriving airport to endorse the SD. We will not charge anything for this service.

Is the Supporting Document easy to use?
The answer is no. Even though the SD is a very simple document to fill out with relevant data, you should expect to wait hours to get the SD stamped or endorsed by local customs when arriving and departing. Feedback often mentions that some EU customs agencies are not tuned in to process the SD, and others are not willing to process the SD.

What is the Supporting Document meant to endorse?
The SD only confirms that an aircraft has arrived within or exited the EU – nothing else. No customs procedure can endorse an entry that has not yet happened. It is, therefore, a common and illogical misunderstanding that any future entries into the EU can be endorsed in advance by using the SD.

The SD is only valid as long as the aircraft has not left the EU and for a maximum of six months. A new SD must be processed upon the next entry even though there is still some time left out of the six months mentioned in the field “period for discharge”.The six months mentioned here is the maximum stay of the specific entry whereupon the form is stamped (in customs terms; period for discharge). Again, if the aircraft has been flying outside the EU after the first entry, it is a common misunderstanding that any future entries into the EU within the first six months will be endorsed in advance by using this form – it will not.

Will the Supporting Document protect against missing TA compliance and wrong handling of the TA limitations?
The answer is no. The SD cannot endorse TA compliance even though the SD is processed correctly by an EU customs agency. The operator is still obliged to comply with the TA procedure continuously when flying within the EU, and the SD does not grant the aircraft free circulation or a fly freely status for a six-month period, which is a common misunderstanding when using the TA procedure.

Have you also seen part 2 of this topic?

Do not waste money on the Supporting Document
The use of the SD can be beneficial as it shows customs that the operator has some kind of understanding of the use of the TA procedure. However, as discussed above, the use of the SD has very limited value, and there are several other cheaper and simpler methods available to document entries or exits.

In the past, operators have, by some advisors/importing companies, been offered a so-called six-months TA pass based on the SD when arriving within the EU. It is our impression that many operators have had the understanding that they bought an approval of TA compliance and/or an endorsement of several entries for six months. In these situations, charging money for such a service seems dishonest as the reality and the real legal understanding of the elements in this six-month TA pass do not correspond with the buyer’s expectations.

Conclusion
We have several times asked the EU Commission and many other EU customs agencies for clarity of this issue, including the HMRC (UK) and Isle of Man customs when these were still a part of the EU. All the above-mentioned elements in the so-called six-month TA pass have, by all parties asked, been rejected as being wrongful use.

IMPORTANT!
So, the conclusion is clear

Consequently, it is a far better investment to secure continuous compliance with the TA procedure from the beginning.

The secure approach when using Temporary Admission
Our Secure Temporary Admission procedure is the best tool to quickly prove compliance with the TA procedure if the aircraft is stopped and checked on the ramp in an EU airport, eliminating any unnecessary waiting time while EU customs are perusing the TA compliance. We offer a cost-free introduction and analysis of the owner, user, and operator scenario to find the best option for you when flying within the EU. Please, feel free to contact us at any time.

What is right and wrong?
We acknowledge that there are many different opinions concerning this issue. Still, we are completely confident that the above explanation is strictly correct as it is based upon dialogues and various working papers from the EU Commission, backed by multiple EU customs agencies. Throughout the years, we have seen a tendency to talk down the use of TA in favor of the full importation procedure, which is also available for EU outsiders. Yet, the TA procedure holds numerous advantages compared to full importation if applied correctly.

If you have any doubts about this explanation, simply ask the EU Commission or a competent EU customs agency for guidance instead of consulting importing companies, such as OPMAS. We have ourselves asked for guidance from capable EU regulators several times, and we have never received a reply that did not support our descriptions. Moreover, the TA procedure has since 2014 continuously become a very well-defined customs procedure, especially for corporate and commercial aviation.

How to become ready to use the Temporary Admission procedure?

How can we help?
If you have questions about the above, please do not hesitate to contact us. We offer a cost-free introduction and analysis of the owner, user, and operator scenario to find the best option for you when flying within the EU. Please, feel free to contact us at any time.

Have you also seen part 2 of this topic? 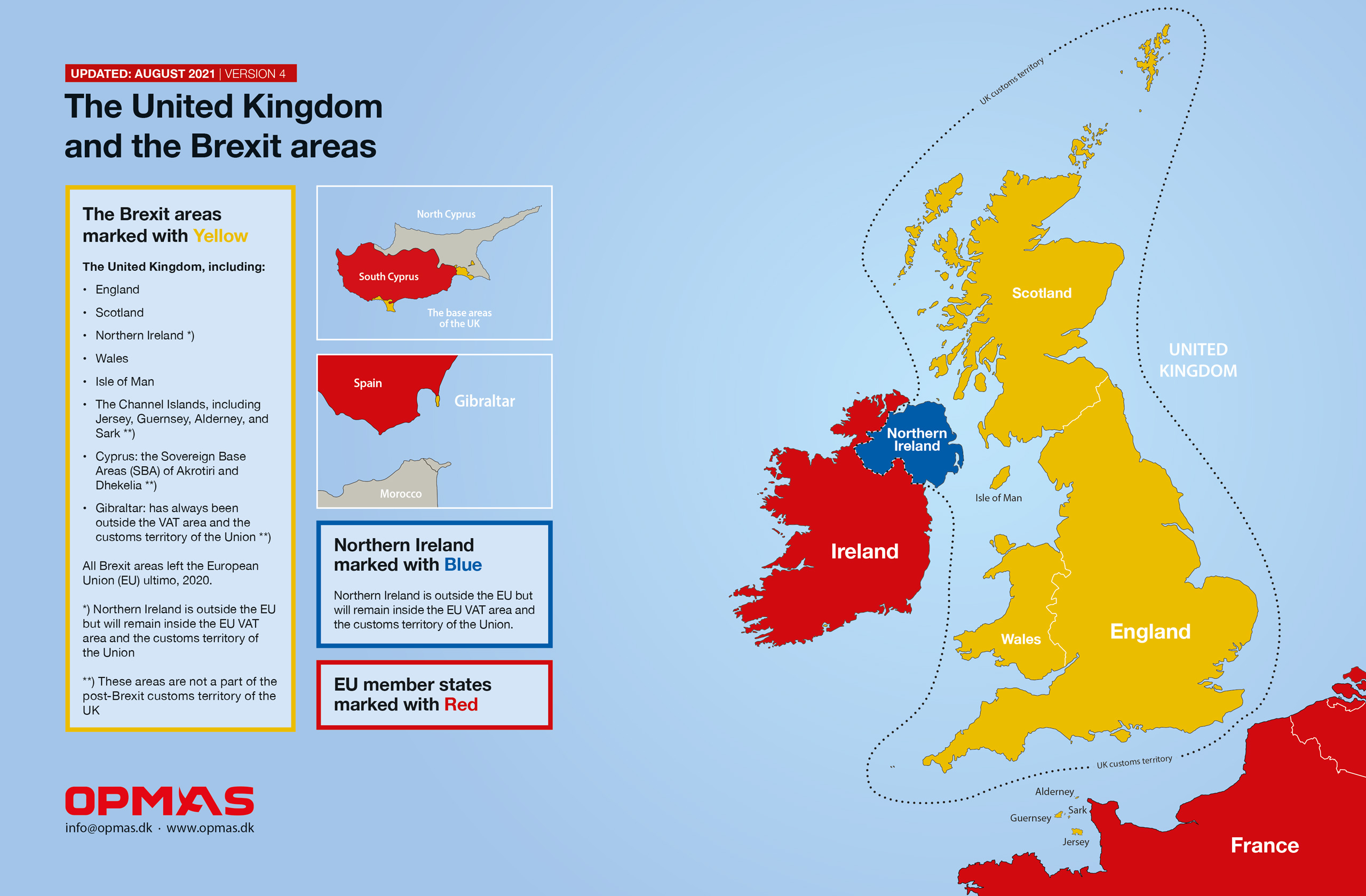 No. 12 – How to get the 0% airline VAT exemption meant for commercial operators
May 2022 FI

No. 11 – Part 2: what to do when arriving in the EU using the Temporary Admission procedure?
Mar 2022 TA

No. 10 – How to handle aircraft maintenance correct in a customs context​
Feb 2022 TA FI

No. 9 – Part 1: what to do when arriving in the EU using the Temporary Admission procedure?
Dec 2021 TA

No. 8 – Do not fall into the operator trap when flying within the EU and UK
Oct 2021 TA FI

No. 7 – Which offshore aircraft registrations can be used with Temporary Admissions when flying within the EU and UK?
Sep 2021 TA

No. 6 – Flying with EU-resident persons onboard when using Temporary Admission
Aug 2021 TA