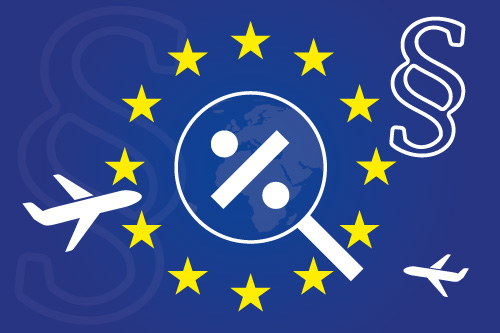 Background
This article only relates to the EU full importation procedure where the aircraft is not VAT-exempt, hence not aircraft used for commercial flights under an AOC or a charter certificate. Neither does it not apply to the use of the Temporary Admission procedure.

In December 2020, we published our last update about lessees being denied the right to deduct VAT imposed during an importation. Unfortunately, the EU system is a slow-moving and complicated system, meaning that all judgments and directives are not interpreted equally, and local legislation is not implemented simultaneously in all EU member states.

This frequently creates much confusion, separating expert opinions about right and wrong, but evidentially, the EU Commission has several times made it unambiguously clear that lessees do not have the right to deduct import VAT.

What is new?
It is no secret that not all member states have followed the EU Commission’s earlier statements on this issue. The state of law has thus been very confusing and uncertain, but the EU Commission is finally acting directly on this ambiguity between member states. The topic is to be discussed at a meeting at the end of the year with the intention that all member states apply to the same set of rules. Two possible outcomes could come from this meeting:

1. The EU Commission will turn 180 degrees and again allow a deduction
The state of law will be secure again as the EU Commission is expected to issue yet another guideline outlining the general position of the Commission with regard to deduction of VAT. This guideline will in this given case replace the existing guideline. This outcome – a 180-degree turn now allowing deduction – will, of course, still require that the aircraft is used for correct economic activities. It is our belief that allowing deduction is the correct interpretation of the EU VAT directive. However, given the legal uncertainty and the fact that the EU Commission as of today does not approve VAT deductions, a change of regime from both the EU Commission and the local tax authorities must take place before lessees’ deducting right can be approved for general use in the EU.

2. The EU Commission will still not allow a deduction
It is again confirmed that deduction is not legal, supporting previous judgments from the European Court of Justice (ECJ). Some member states will most likely not follow this decision which will unquestionably be followed by lawsuits and claims on multiple levels. The state of law will remain uncertain as this outcome will be conflicting with member states’ local regulations and laws. In this scenario, certainty will most likely await a judgment by the European Court of Justice.

Better safe than sorry
We always recommend a binding assessment ruling to cover the details of any specific case. This should at least be a compulsory requirement if a lessee is responsible for the importation in a country that does not follow EU standards or guidelines. Look at experiences from the Paradise Papers. Some aircraft owners would doubtless have wished they had had a binding assessment ruling to protect them against any wrong use of various VAT procedures and deductions. Rules that they thought were right based on information from advisers, where advisers thought that they were backed by the authorities. The risk is obviously that imposed VAT can be reversed through an audit with a claim for payment of the amount. Aircraft structures are complex and very different. You can simply not be safe enough, especially when talking about large amounts and known uncertainties. A binding assessment ruling is the only safe method to avoid a subsequent claim for using a VAT deduction incorrectly.