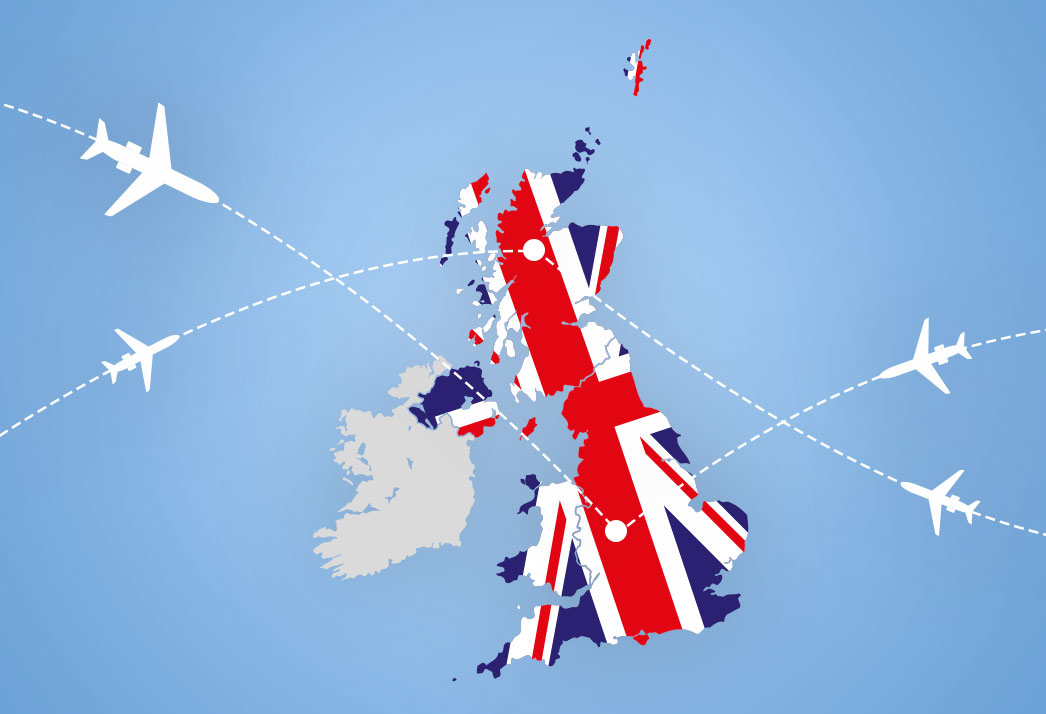 The EU27  and the UK have earlier signed the Brexit agreement and the UK has left the EU customs territory in the end of 2020.

What is the situation in 2021?
The UK has now left the EU and must be seen as a separate jurisdiction, just like Norway, Switzerland, Russia, the US, Canada, etc. Any UK outsider can fly into, e.g., London Biggin Hill and leave again without any restrictions by following the simple Temporary Admission (TA) rules for a customs entry. Internal UK flights can happen by complying with the same TA procedure and adhere to the same limitations and restrictions as earlier enforced within the EU28; when the EU included the UK. Please, remember not to confuse this with immigration and passport issues.

If you are a EU27 or UK operator and have already imported an aircraft before the end of 2020, please read this article on how to ‘grandfather’ or port an aircraft importation into the opposite zone.

The EU has traditionally been more complicated than other jurisdictions due to the size of the area and the different opinions of the various member states. This is the reason why an aircraft owner or operator will often want to have some kind of approved customs paperwork when operating within the EU; in our opinion, this is not needed for the UK. The UK has, post-Brexit, fully adapted all aspects of the earlier EU28 TA procedure, allowing corporate flights and/or residents as passengers onboard internal flights. Consequently, there are no known grey zones when using the TA procedure on the British Isles. Nevertheless, following the same guidelines as before Brexit, mirrored to the UK as a jurisdiction instead of the EU, will keep the aircraft operation 100% compliant with the future UK post-Brexit rules.

The TA procedure is meant to be paperless, and the use of the UK Supporting Document (SD) is not mandatory, nor is it a free pass for flying without restrictions within the UK. A customs stamp on the SD is only valid until the aircraft exits the UK again; click here for more information about validity. Such a stamp only acknowledges that the aircraft has arrived in the UK, however it does not grant the aircraft a free circulation status for a six-month period, which is a common misunderstanding when using the TA procedure. The SD is only meant as a tool to document entries and exits which can alternatively be handled easily by the flight logs; for further information, you can see the UK customs (HMRC) website where they state that the act of crossing the UK border counts as a customs declaration and the operator does not need to fill out any forms, including the SD.

When is a full importation actually needed in the UK?
A full importation into the UK will only be needed if the aircraft will be based, registered, or spends the majority of its time within the UK or is owned, operated, or registered by a UK entity.

There is no logic behind fully importing an aircraft into every new economic zone or country that the aircraft will fly to. A full importation should only be performed within the EU27 or the UK if you absolutely have to as you commit to only use the aircraft for correct economic activity for the next many years while operating the aircraft. Please, try to imagine the scenario when trying to comply with two or three different and conflicting sets of regulations on how to handle non-business use correctly, which will be the situation if, for example, a US part 91 operator chooses to import in both the EU27 and the UK. The FAA and IRS rules are often conflicting with the EU27 and the UK rules on how to pay for non-business use and how much pay. An example: imputed income is commonly used by US operators but is not accepted within the EU27 and the UK as a compensation method. It is often simply not possible to comply correctly with the rules in all jurisdictions at the same time. The EU27 and the UK rules are aligned as they have the same EU28 origin but will eventually differ over the years.

Is a full importation easy to process in the UK?
The answer is no. Only an UK entity can be the importing entity, and this entity must also be the real economic owner in order to deduct the UK VAT imposed during the importation but only if the aircraft is used for correct economic activities.

We are, of course, always ready to discuss and check specific UK flights for TA compliance and guide you. TA will probably be the only viable option for many UK visitors.

Temporary Admission is easy within the UK
The use of the Supporting Document (SD) is, as above-mentioned, not mandatory when arriving in the UK. Just remember that an operator must always be ready to document the following:

For your convenience, we have collected links to some of the important documents that the HMRC (UK customs) has made on issues related to temporary admission on their website. Please, click here for further information.

How can we help?
If you have questions about the above or if you are interested in knowing more about flying within the EU27, please do not hesitate to contact us. We offer a cost-free introduction and analysis of the owner, user, and operator scenario to secure compliance with the relevant procedure and provide guidance for the correct use of the TA procedure if needed. Please, feel free to contact us at any time.

OPMAS will also be able to refer cases to competent UK legal advisors if on-site expertise is needed.


Follow OPMAS on LinkedIn
Get a continuously stream of news and hints about EU importation and admission issues.